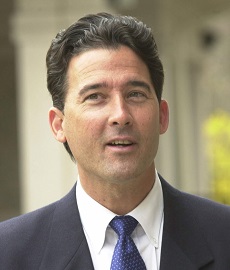 Posted: July 14, 2019 – MA State Senator Mark C. Montigny introduced a bill, S.169, earlier this year that would end declawing in Massachusetts. The bill will have its first committee hearing on Monday, July 22, 2019. The Consumer Protection and Professional Licensure Committee Hearing is scheduled for 7/22/2019 from 1:00 PM-4:00 PM in Room A-2 of the the State House in Boston.

You can do just these (easy) things to support S.169 in a meaningful way.

1. Write your letter of support for S.169 (on letterhead, if possible). (Click here for General Letter-Writing Tips). Here is the Committee’s mailing addresses.

Re: In Support of S.169 – the prohibition of declawing

Declawing is amputation, whether performed by scalpel, clippers, or laser. We believe there is never a reason to declaw for non-therapeutic reasons (that is, unless surgery were necessary to treat animals’ medical conditions). Declawing does not keep cats in homes, a fact acknowledged by the American Animal Hospital Association (AAHA). Eight cities in California – Los Angeles, San Francisco, West Hollywood, Burbank, Santa Monica, Berkeley, Beverly Hills, and Culver City – plus the City and County of Denver, Colorado have enacted declaw bans. Statistics available from those cities indicate that the relinquishment of cats to shelters in those cities, in the years since the bans were enacted, has not increased – in fact, the number of cats dumped in shelters has DECREASED consistently in the years since the laws went into effect.

There is no reason to declaw cats to protect human health. The NIH, CDC, US Public Health Service, the Infectious Diseases Society of America, and the Canadian Medical Association, all have specifically stated that the declawing is “not advised,” even for the animals of persons who are severely immunocompromised, including those with HIV. This opinion is echoed in statements on declawing published by the AAHA and the American Association of Feline Practitioners (AAFP).