Home Legislation Declawing To Be Illegal in District of Columbia 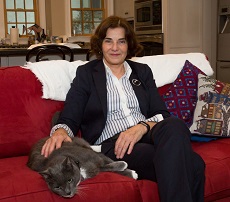 Posted: December 20, 2022 – Washington, DC is set to become the 15th local jurisdiction to ban declawing. The ordinance was passed on December 20 by a unanimous vote from the DC City Council as part of an omnibus Animal Protection Ordinance. The new ordinance prohibits elective, non-therapeutic declawing (toe amputation) of cats. The law is effective immediately after mayoral and Congressional review.

Ward 3 Councilmember Mary Cheh was the primary author of the ordinance, which was co-authored by Councilmembers Allen, Nadeau, Pinto, and Lewis George. Cheh has announced her decision to retire at the the end of the year after serving for 16 years. “It’s been a bill that I’ve been keen to see pass before I leave the council at the end of December,” Councilmember Cheh said. Cheh has advocated for animal rights throughout her time on the council, working with groups like the Paw Project, the Humane Society of the US, and DC Voters for Animals

“I am extremely grateful to Councilmember Cheh and the DC Council,” said Jennifer Conrad, DVM, founder and director of the Paw Project. “Declawing is proven to harm cats and to cause significant behavioral problems. Declawing puts cats’ owners at a greater risk of being bitten. Prohibiting declaw procedures protects cats and humans and improves the human-animal bond.”